It is an honour and privilege to have been asked by the Livingstone Shire Council to speak to you this morning on the 75th Anniversary of this Canal Creek air disaster.

I would also like to acknowledge the people named by the Master of Ceremonies during his Welcome at the beginning of the service.

However, in particular, I acknowledge Clive Dick, the son of Harold Dick, the Australian War correspondent who lost his life in the Canal Creek air disaster, and his wife Beth.

Some of you here today would be aware that the RSL is a charity and has been serving its members for over 100 years.

The aims of the League in 1916 were very simple:

and these objectives have changed little since then.

The RSL today continues to provide welfare services to its members as its prime function.

However, an equally important objective is and I quote:

“to preserve the memory and records of those who have suffered and died for Australia, erect monuments to their valour, provide them with suitable burial places, and establish and preserve, in their honour, the annual commemoration days known as ANZAC Day, Remembrance Day and other commemorative days” unquote.

On behalf of the RSL, I would like to thank the Livingstone Shire Council for planning and running this service and allowing the RSL to participate in this 75th Anniversary Commemoration.

Further, and again on behalf of the RSL, I would also like to take this opportunity to thank John Milroy OAM and his team of Cedrick Lock, Brian Fisher, Tom Porter, and Bill Atkinson for having the foresight to see the need for this memorial on the site of the disaster and for working so hard to raise the funds for its construction in 2011. I also thank the President of the Yeppoon RSL at the time, Wayne Carter, who was also involved.

I was President of the Emu Park RSL when the memorial was dedicated in 2012 and I attended the opening and all the other two yearly services that have been held since to coincide with the Talisman Sabre joint American and Australian military exercises.

Ladies and gentlemen, we are here today on the 75th anniversary of this air disaster to pay homage to the 30 men and 1 woman who lost their lives in the crash of the American Air Force Douglas Dakota C47 aircraft which was on a routine flight from Townsville to Archerfield with stop overs in Rockhampton and Maryborough.

All 31 aboard the aircraft lost their lives and comprised of:

It is interesting to note that the worst air disaster in Australia by death toll also occurred during World War 2 at Bakers Creek, south of Mackay, on 14 June 1943 and involved the crash of a United States Army Airforce Boeing B-17 Flying Fortress when all 40 aboard were killed.

The background to these disasters was:

It may have made it more difficult for the loved ones of those who died to accept that they did not die in battle against the enemy and it was a tragic accident that may or may not have been avoided. However, how these men and woman died, did not lessen the grief or take away the pain for their love ones.

As I wrote my presentation for today, I recalled an old movie that I had seen many years ago. It was called “I’ll be home for Christmas”. The theme for the film was an American family, including the wife of their son, waiting for their son to return home from the European theatre of World War 2 for Christmas. Tragically the plane he was returning on crashed on take-off and he was killed. Suddenly the family were faced with the shock of the arrival of a telegram advising of his death rather than having him walk through the front door.

It seems to me that the events of the Canal Creek tragedy 75 years ago was a real life run of this movie as some of these men and women would have been on their way home to spend Christmas with their families. Instead, families throughout America and Australia would receive telegrams that would turn their lives into a living nightmare.

At this point I would like to provide some information on two of the individuals who lost their lives in the Canal Creek aircraft disaster.

Harold George Dick was a War Correspondent, a Department of Information Official Photographer. There is a photograph of Harold on the Pinterest site of the internet showing him wearing a United States issue ‘tin” helmet and belt, holding a speed graphic camera just prior to the landing at Arawe in New Britain. The photographs he took were widely published. It is my understanding that he was returning from New Britain when the crash happened.

William (Bill) Bramwell Tibbs BEM was a Deputy Commissioner of the Salvation Army attached to the Australian Military Forces. Known as Adjutant Bill Tibbs throughout the Ninth Division of the AIF, he served in the Middle East and went through the siege at Tobruk. After the battle of El Alamein he was awarded the British Empire Medal. Before his death he had inspected the Salvation Army’s welfare work in the Finschhafen area of New Guinea. If you read Peter Fitzsimons book on Kokoda, his name is associated with the Salvation Army setting up a depot at the bottom of the Kokoda Track to provide welfare to wounded and sick Australian soldiers as they were evacuated down the track.

In ending, I would like to stress that the casualty numbers from this tragedy alone cannot adequately chronicle America and Australia’s loss as each of the 31 people who lost their lives had a family and friends whose lives were enriched by their love and diminished by their loss. Each added to the life of a city, a suburb or a town in each country. Each worked before enlistment, as a teacher, a farmer, a labourer, a nurse, a doctor, a clerk, or any one of the countless occupations which added to the prosperity and richness of their nation. These men and women were denied the full span of human existence, and each nation needs to acknowledge and remember their contribution in life and their sacrifice in death.

So it is fitting that we gather at this memorial, in this isolated and lonely cow paddock, for this commemorative service today to remember these 31 people.

As Australians, we need to continue to show our appreciation to the 20 young Americans who were here in Australia helping to defend our country against the Japanese and fighting for our freedoms.

Further, I am sure that the families of the 20 Americans who lost their lives and the American people would also be appreciative that our community has erected this memorial at the crash site and we continue to remember and commemorate this air tragedy today 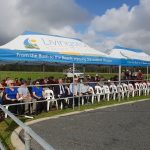 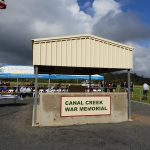 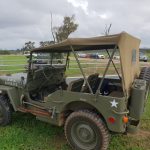 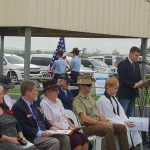 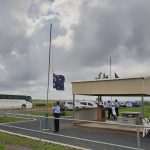 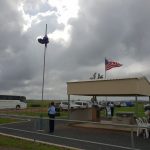 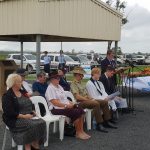 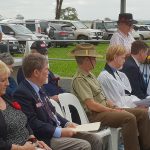 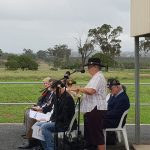 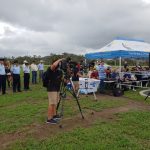 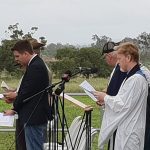 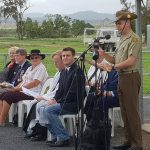 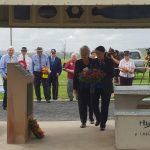 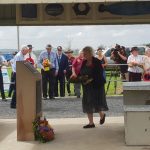 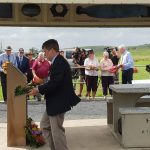 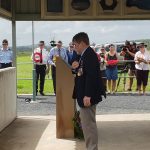 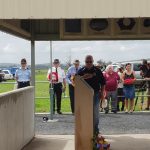 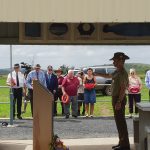 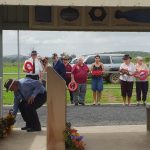 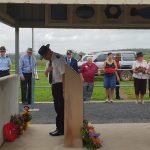 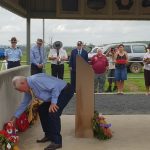 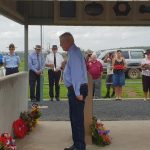 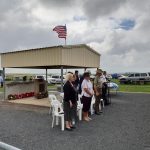 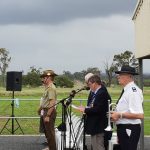 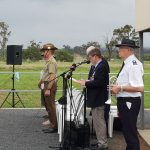 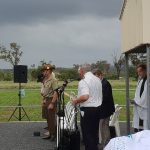 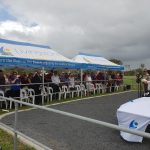 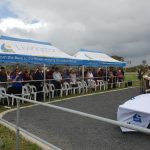