Three generations of the Plunkett family leading the march to the cenotaph. Oscar, Garratt (Lt Col ) and Andy

In the wheel chair is Col Randles, a WW 2 veteran of the Pacific campaign. Other vets plus Col’s family lead the march.

Lt Col Garratt Plunkett accompanied by son Oscar salute the marchers as they are about to pass by.

Fiona Eyles, the CHRC manager based in Capella who co ordinates the Anzac Day service.

Garratt speaking at the service.

Oscar and Garratt laying a wreath.

Garratt, Lincoln White holding Benjamin White and Col Randles unveiling the new plaque listing those namesa not listed on the cenotaph who passed away in WW! & WW2 in military action for their Country. Young Benjamin White is named after his great great uncle who was killed exactly a century ago today (Friday 28 Apr) at Merricourt, on the Western Front, France.

Col Randles and John White who installed the sandstone boulder in 1969.

A close up of Col at the service.

The ex servicemen/women plus Garratt in front of the cenotaph. 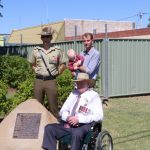 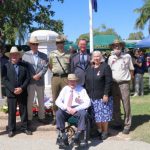 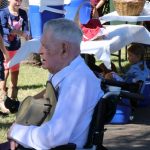 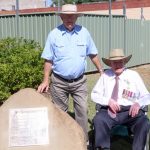 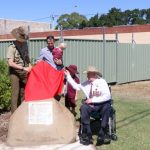 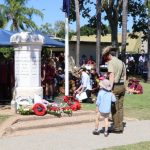 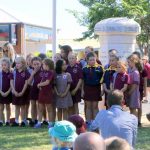 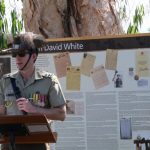 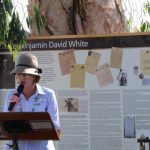 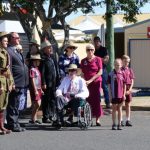 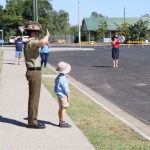 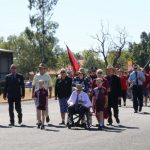 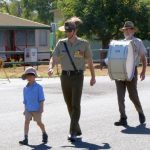 The plaque honours all those who enlisted from Capella and district,

who died whilst serving our nation in war and whose names have not been previously listed.